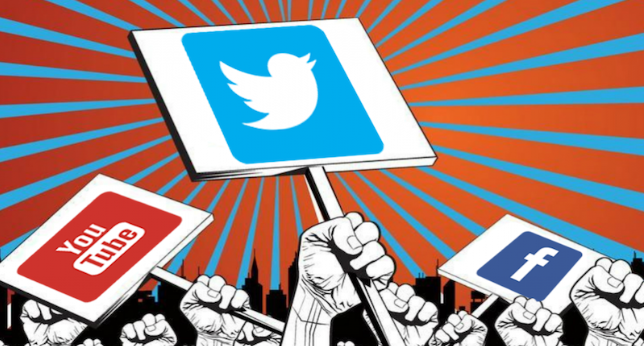 Social media has affected society in a lot of major ways. It’s not only a source of personal entertainment and a way to keep up with friends, but it is a business tool—the more Instagram followers you have, the more business you bring in, or the more you advertise on Facebook, the wider audience you’ll be able to reach. Social Media has even affected politics in some big ways. During the 2016 presidential election, it was one of the most influential channels, and candidates and voters alike used it to share opinions, spark discussion, and raise issues.

Social media has had a big impact on politics in several big ways, like the following:

Polls and Results are Made Available Every Day

Political polls have always been a major part of elections and are taken frequently to help get an idea of how the public feels about one candidate or another and make a soft prediction on what the outcome of the election will be. Polls can also help inform candidates about what issues they are covering well and what issues they need to take action on. Thanks to social media, those polls can be taken instantly, multiple times a day, and the results can be published right away.

Politicians Can Interact with Voters Directly

While voters still receive pre-recorded phone calls, have to listen to radio messages, watch ads on TV, get flyers in the mail, and will still have campaigners show up at their houses now and again, social media has made it easier than ever before for politicians to interact with their voters and potential voters directly—for better or for worse. Politicians can take and answer questions, personally, through their social media accounts, can respond directly to concerns raised by specific citizens, and more.

The News is Reported Every Few Minutes

Nowadays, instead of reporters having to work through the night to get the day’s news written up and ready to publish the following morning, reporters work through the night to keep voters and the public updated, in real time, on the triumphs, scandals, wins, and loses that happen throughout the day-to-day of different politicians. There’s no longer a specific timeline for when news will be reported—it is reported every few hours or minutes, depending on what kinds of updates come in.

It’s Easier Than Ever to Target the Right Demographic

Politicians know that they won’t get everyone’s vote, so instead of spending all of their time and money chasing votes they won’t have, they can turn their efforts towards those who are lukewarm to them and work on getting them off of the fence. Thanks to social media and all of the targeting algorithms it offers, politicians can now target and reach the right demographic, more easily than ever before. This helps them make the most of their money, time, and efforts.

It Perpetuates Fake and Unverified News

While social media does a lot of good, it has its downsides too. For example, it’s easy for anyone to publish just about anything, so a lot of fake and unverified news gets published and passed around. Whether a voter who adamantly dislikes a candidate, a misinformed news outlet, or a naïve citizen shocked by rumors that are being told, social media makes it easy to start and spread fake news which can muddy up the waters.

Voters are Exposed to More Points of View

Before social media and the Internet, it was possible to get different points of view on different issues, but generally, most people were only familiar with the points of view and arguments shared with them by their co-workers, family members, and close friends. These days, though, thanks to social media, voters can now know what their old high school rival thinks about certain issues or get a detailed explanation as to how their best friend’s boyfriend believes the country should be run. While voters may not take all points of view seriously, getting that exposure and gaining that understanding can be extremely valuable and helpful.

Social media has transformed the way that politicians campaign for an election. Now, fundraising can be done through crowdfunding, making it possible for anyone, (wealthy or not), to contribute to the candidate they support. Even the way that politicians get their message out to their voters, advertise, and, (as mentioned), interact with the voter base has transformed from what it was into an instant, cheap, and easy thing thanks to social media.

Do send us your email at:  [email protected]