Home / Travel & Tourism / How To Stay Healthy While Traveling 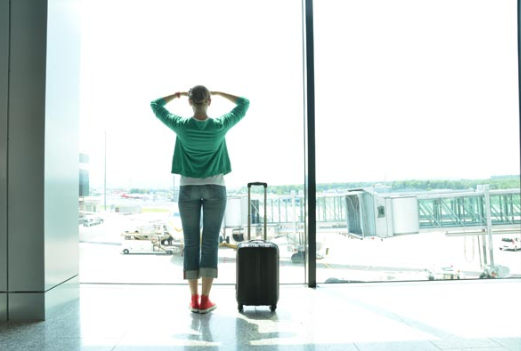 If you’re traveling soon, it can be easy to worry about your health. Because even if you’re constantly going to the gym and eating well in your everyday life, it’s tempting to let your health slide when you’re traveling. If you’re in Italy, there’s all that pasta and pizza. If you’ve traveled to a new country for an internship or study abroad, a huge part of getting to know the culture is going out for drinks and trying new cuisines. And you’re so busy when you’re traveling that it can be a challenge to make time for exercise or go to the doctor if you’re ailing.

But health is of huge importance. And when you’re traveling, bad health can have devastating consequences. So if you want to be healthy on your next trip, read up our tips before you hop on that plane.

Get health and travel insurance

A lot of people think that they’ll be okay without travel health insurance. Especially if you’re going on a short trip, it might seem like a waste of money. But travel insurance can make a huge difference, especially if you get stick in an unforeseen way. The last thing you want is to miss out on a large chunk of your trip because you’ve gotten sicker than expected–or lose money because you didn’t pay the small amount necessary to protect yourself in the first place.

Some people are better about it than others. British people, for example, use travel insurance 82 percent of the time when they’re traveling on vacation. Talk to your health insurance to find out how helpful they’ll be in the specific countries you’re traveling to, and make a small investment if you aren’t covered. Additionally, if you’re traveling with high-cost items like a laptop, it’s worth insuring those, too.

Believe it or not, one of the biggest dangers when traveling is social media. And okay, there’s nothing wrong with posting some pictures on Instagram or catching up with friends over Facebook so that after they’ve met you in a hostel, you can meet up in another city in a few weeks. But if you’re spending hours on social media, you might not be living in the moment the way you should while traveling. Maybe you’re homesick, and you’d rather interact with friends back home. Or maybe it’s more serious, and you have a social media addiction.

Facebook, which had 1.94 billion global monthly active users as of the first quarter of 2017, has been shown to be addictive. So if your social media time is taking up too much of your travel time, cut back. Go out some days without your phone, and save money on your data usage, too.

Write down your calorie consumption and exercise

Eating well is one of the biggest challenges when you’re traveling. Especially if you’re in a carb-heavy region of Europe (most of Europe considers bread to be breakfast), or you’re traveling with friends who eat way more than you, it’s easy to lose control. But there’s no point in fully going on a diet, either. You don’t want to be sitting at the table, sadly looking down at your salad, while everyone’s trying the famous regional dish.

Instead, write down your calories. On days when the cuisine available is less interesting, eat lighter foods. Cook at the hotel, and you’ll save some money, too. That way, when you down a whole plate of cacio e pepe, cream-smothered pasta, in Rome, you won’t feel too guilty. Write it down, and account for it. If you need to go for an extra long walk the next day, you can subtract those calories from the total.

Don’t forget to account for alcohol! We know it’s tempting to drink as much as you can, especially when you’re on vacation and don’t have to show up to work the next day. But if you drink lots of water most nights, your calorie count will be way lower–and you won’t have to deal with a hangover when exploring the pyramids in the heat the next day. Remember, 60 percent of your body is water, so it’s important to stay hydrated!

Finally, remember that it’s important to give yourself the sleep and relaxation you need. If you want to get a lot of countries and cities out of the way, consider leaving one out so you can chill out once a week. And don’t stay up all night to catch a cheap flight; take the later one for a mere 20 euros more! Adults need seven to nine hours of sleep a night, and when you’re traveling, you’ll need even more to account for jet lag and exhaustion.

Do send us your email at:  [email protected]